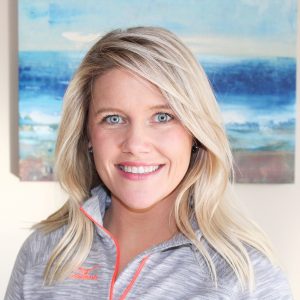 Dr. Emily Flynn graduated in 2017 Valedictorian and Summa Cum Laude from Palmer College of Chiropractic in Port Orange, FL, as well as being a recipient of the Academic Excellent Award. She earned her Bachelor’s degree from Michigan State University in East Lansing, Michigan not far from where she grew up in the small town of Hillsdale, Michigan. Prior to attending Chiropractic School, Dr. Flynn had the opportunity of working and learning under Dr. Kellen Brusveen in Allendale, Michigan. During her time working for him, Dr. Flynn was able to be exposed to a variety of conditions, learn an extensive amount about patient education and marketing, and further her passion for her soon-to-be future career.

Dr. Flynn became interested in Chiropractic and its ability to heal the human body during her time running in high school. She was plagued with a sciatic nerve injury and learned that through small adjustments and realignments of the pelvis, lacing up her shoes would be possible again. During her time in student clinic where she was the teaching assistant, Dr. Flynn grew a passion for treating pregnant moms, infants, and children and plans to share her love for treating families with the community of Bonita Springs. Dr. Flynn is SMART Tools Instrument Assisted Soft Tissue Mobilization Certified, as well as having had courses in Motion Palpation Sports Symposium, and DABCI. Future plans are to obtain her Webster Certification to further the comfort of mothers and babies alike.

Dr. Flynn’s hobbies include going to the beaches of SW Florida, running, CrossFit at her favorite gym (HYTE of Fort Myers), hunting and fishing in Michigan and anything that involves being outdoors. Fun fact is that Dr. Flynn’s favorite food is Nachos! 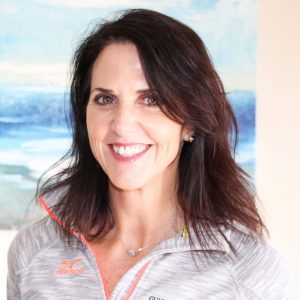 Pursuing her love and passion for sports and fitness, Dr. Sanborn became a strength and conditioning coach. This career took her all over the world training athletes at collegiate, Olympic and professional levels. Dr. Sanborn spent several years in Sydney, Australia preparing Australian national team athletes for the 2000 Olympic Games. After returning to the US she focused the next several years on preparing United States athletes for both the summer and winter Olympic games as the strength and conditioning coach for the United States Olympic Training Center.

Dr. Sanborn became interested in Chiropractic and the power of the nervous system to influence health and the human body while working as a Spinal Cord Injury Recovery Specialist at Project Walk SCI Recovery Center in Carlsbad California. She is an ACSM certified Health and Fitness Specialist as well as a CrossFit Level 1 coach. Her passion is helping people achieve their goals however big or small. Dr. Sanborn believes that bodies should stay in motion and that it’s her job to make that happen!

Dr. Kimberly lives in SWFL with her husband SCPO Todd Bloker and their dog Walter. When not in the office, she enjoys running, crossfit, paddleboarding, scuba diving and anything that involves the ocean. Dr. Sanborn is certified in SMART Tools Instrument Assisted Soft Tissue Mobilization and Rock Tape Functional Movement Taping. She has attended extra curricular training with the Motion Palpation Institute for extremity and full spine adjusting as well as Activator Methods seminars. 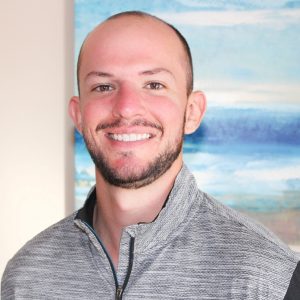 Dr. Kreg D. Sherman II grew up in Caro, a small town in Michigan’s thumb. He was very active in his youth, participating in a number of sports and clubs. During high school Dr. Sherman was a member of the Golf, Baseball, Basketball and Swim teams. Upon graduation from Caro High School he attended Saginaw Valley State University where he earned a Bachelor of Science degree in Exercise Science. While at Saginaw Valley he was a member of the Cardinal Men’s Division II golf team. It was during those 14 years of competitive golf that Kreg realized the need for a proactive and sustainable solution to back pain and discomfort. It was these experiences that compelled him to pursue a career in Chiropractic Medicine as it provided the only effective treatment and rehabilitation for the symptoms he and his fellow athletes suffered.

Dr. Sherman is a graduate of the Palmer College of Chiropractic in Port Orange, Florida. He was a member of the Soft Tissue Club and the Business Club. He is also a Certified Chiropractic Acupuncture Practitioner (CCAP) from the New York Chiropractic College. Dr. Sherman has always held a deep concern for the physical well being of others. He feels Chiropractic care can greatly improve one’s way of life and with the addition of chiropractic acupuncture he has yet another avenue in which to improve the well-being of his patients.

When Dr. Sherman is not with his patients you can find him on the golf course, a trout stream fly fishing, at Cross Fit Hyte, listening to good music, and enjoying family and friends.